We use cookies and other tracking technologies to improve your browsing experience on our website, to show you personalized content and targeted ads, to analyze our website traffic, and to understand where our visitors are coming from.

These cookies are used to provide you with a more personalized experience on our website and to remember choices you make when you use our website.

For example, these cookies may track things such as how long you spend on the website or the pages you visit which helps us to understand how we can improve our website site for you.

The information collected through these tracking and performance cookies do not identify any individual visitor.

These cookies are used to show advertising that is likely to be of interest to you based on your browsing habits.

These cookies, as served by our content and/or advertising providers, may combine information they collected from our website with other information they have independently collected relating to your web browser's activities across their network of websites.

If you choose to remove or disable these targeting or advertising cookies, you will still see adverts but they may not be relevant to you.

Fresh, green and simple — it’s not a chimarrão for every day, but if you are drinking mostly Argentine or Paraguayan mate Laranjeiras Tradicional can be somewhat fun, just for a change of pace. But that over-the-top simplicity, and unpredictable difficult cut can easily lead to frustrating experiences, so it’s hard for me to recommend this erva mate. If this is the only available erva mate for you — go for it, otherwise — there are more interesting and enjoyable Brazilian brands on the market.

Laranjeiras Tradicional has very typical Brazilian cut — leaves are ground very finely, almost to a consistency of a flour. Stems are also chopped in Brazilian style — very big, thick and long. Laranjeiras claims that there are at least 70% of leaves and no more than 30% of stems in the cut of this erva mate, and visually it pretty much seems to be the truth.

The most difficult part of drinking any chimarrão is to correctly prepare it, and Laranjeiras Tradicional is no exclusion. Proper cuia and bomba are a must before trying this chimarrão. Unfortunately, Laranjeiras Tradicional presented more challenges that I was expecting from Brazilian erva mate during its preparation. While having no problems with Barão De Cotegipe Tradicional, this erva mate was very unpredictable — one bad move and you have a swampy gooey mixture of erva and water, that is completely undrinkable. Sometimes it was fine, though, but I wasn’t able to get consistently well-prepared chimarrão from Laranjeiras Tradicional.

On the package manufacturer suggests to use a water that is not hotter than 70°C / 160°F , and I will agree with them. I haven’t noticed any difference with a hotter water, while colder water doesn’t seem to be enough to extract mellow grassy flavors of Laranjeiras Tradicional.

Most convenient way to get ideal water temperature is to use an electric kettle or a stovetop kettle with temperature control. If you prefer traditional kettle you can use a laser thermometer or a food thermometer .

As I mentioned earlier, this chimarrão has very mellow and light taste that partially translates from from the nose of this erva mate. As a non-aged Brazilian erva mate it is silly to expect rich and complex flavors, but Laranjeiras Tradicional is really an extremely simple on the palate even for chimarrão. It is light-bodied and tastes literally like a hot slightly sweet grass.

It is instant and won't take up space on your device. Keep reading Matexperience anytime, anywhere — even offline.

It should come as no surprise that I never managed to get a decent duration out of Laranjeiras Tradicional — on average already weak flavors of this chimarrão disappear anywhere between 10 to 15 refills. It is still not completely clear to me what does the duration of drinking depend on, because, for instance relatively more complex Liebig Original, that has been aged for 18 months also has a short duration. I guess this mystery and variety of experiences that a single plant of yerba mate can offer is why we love this magical herb.

The last thing you want while drinking mate is to constantly re-heat your water or add more ice to it. No matter if it's hot mate or cold tereré, use a vacuum bottle or a very popular in South America mate thermos with sprout.

What are your thoughts on Laranjeiras Tradicional? Comment below!

Pronounced [‘erva ‘matchi]. Yerba mate in Portugese. In general, term erva mate is used to describe a Brazilian type of yerba mate, which has a distinctive fine cut and almost no aging, which contributes to its very bright fresh green color. Erva mate is used to prepare chimarrão — Brazilian version of mate drink.
View in Glossary

Gourd in Portugese. Term cuia is used to describe relatively big and thick gourds made from a top part of calabash, which are used to drink chimarrão. Also see porongo.
View in Glossary

See body. Light body means that the mate feels weightless, light and watery in the mouth.
View in Glossary

See duration. Short duration means that yerba mate can take less than 15 refills before it becomes lavado.
View in Glossary

Pronounced [yer-bah mah-teh] (or [sher-bah mah-teh] in Rioplatense Spanish). Also known as Ilex paraguariensis, a holly plant natively grown in South America, particularly in Northern Argentina, Paraguay and Southern Brazil (the term erva mate is used there more often). Yerba mate is used to make a beverage known as mate in Spanish, or chimarrão in Portugese. Oftenly, the term yerba mate is used to describe not only a plant, but also a final product of grinding, drying and aging the plant. Wikipedia article
View in Glossary

Pronounced [mah-teh]. Traditional South American caffeine-rich infused drink, very popular in Argentina, Paraguay, Uruguay and Southern Brazil (the term chimarrão is used there more often). It is prepared by steeping dried leaves of yerba mate in the gourd. Sometimes the gourd itself is referred to as mate. Wikipedia article
View in Glossary 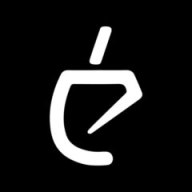 Free shipping to EU and UK on orders over PLN 120.

Barão De Cotegipe Tradicional — Erva Mate Review
Jan 13, 2019
A wonderful example of what world of Brazilian mate has to offer, and another proof of how diverse is this beautiful beverage.
Taragüi Vitality — Yerba Mate Review
May 4, 2019
An interesting twist on Taragüi Sin Palo — same cut, same drying and aging methods, with only difference in a harvesting time.
La Merced De Campo — Yerba Mate Review
Feb 4, 2019
Behind a typical con palo cut La Merced De Campo hides unique features that will make this yerba mate a nice addition to a shelf of any mate drinker.